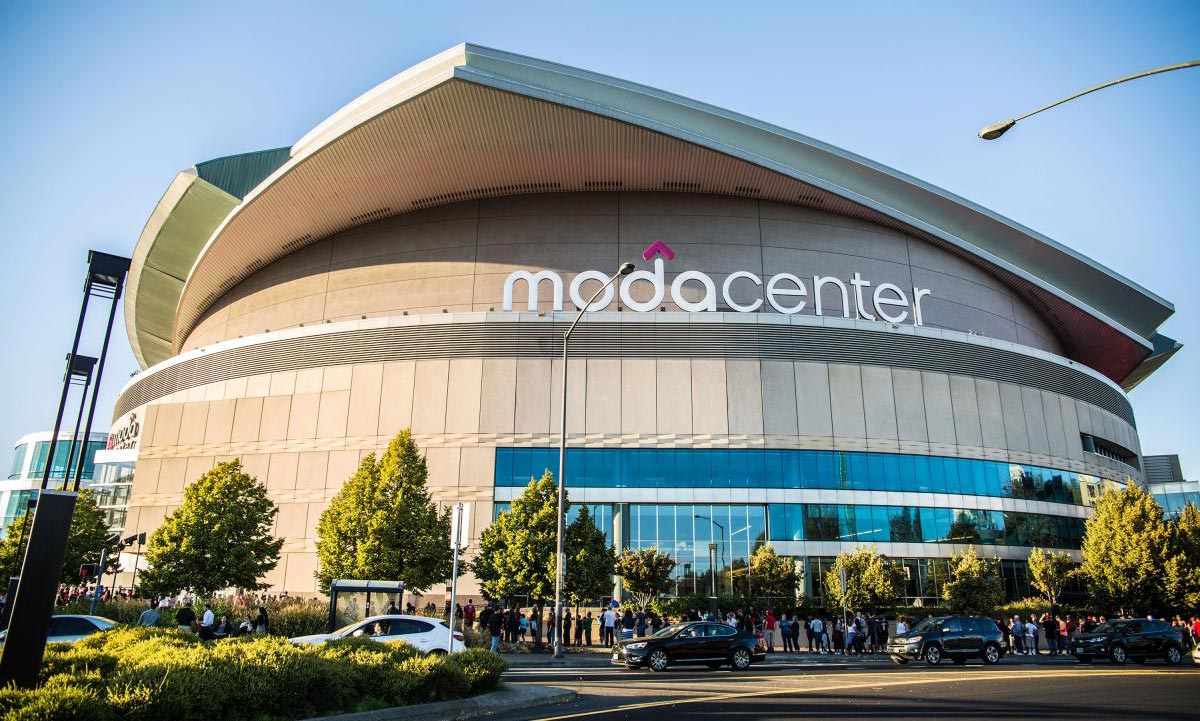 The Moda Center is a $267 million multi-purpose arena that opened in the fall of 1995 as the Rose Garden, which remains an ongoing community icon in Portland. The arena serves as the home of the NBA’s Portland Trail Blazers and WHL’s Portland Winterhawks.In addition to basketball and hockey, the Rose Garden, and subsequently Moda Center, has played host to a wide variety of events such as concerts, family shows and other sporting events.

The Rose Quarter was the host of the 2005 U.S. Figure Skating Championships. In 2009 & 2015 the first and second rounds of the men’s NCAA basketball tournament were hosted at Moda Center. Pink Floyd’s Roger Waters filmed his 2000 DVD In the Flesh — Live at Moda Center. The first ever concert held at the arena was David Bowie & Nine Inch Nails on October 25, 1995.

Corporate branding rights to the Rose Garden were awarded to Moda Health on August 13, 2013, when the Portland Trail Blazers and Moda Health unveiled a community partnership. This new partnership gave a sponsored name to the Rose Garden, calling it the Moda Center at the Rose Quarter. Two of Oregon’s most dynamic and innovative companies, the Trail Blazers and Moda banded together in a 10-year partnership that has energized Portland’s hub for sports and entertainment, creating an urban showcase for healthy, active living. The two partners have developed a diverse set of initiatives and facility enhancements that serve as key connectors for the community and venue.

THEATER OF THE CLOUDS 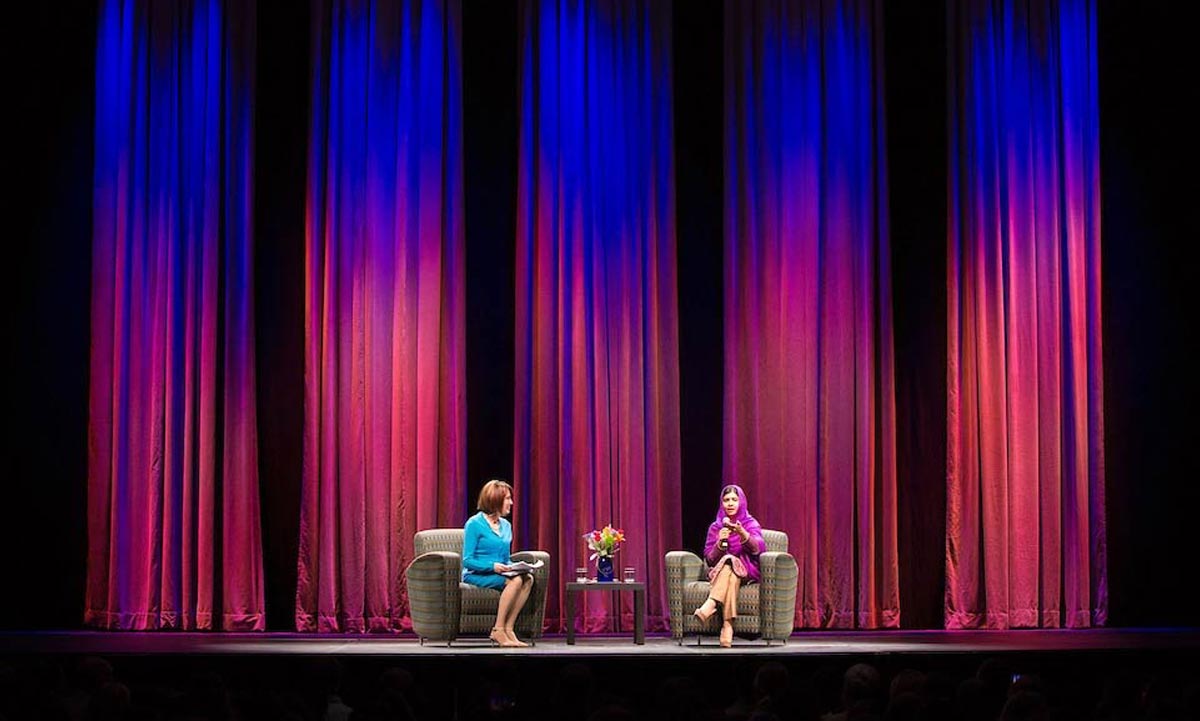 Theater of the Clouds is the Moda Center’s theater configuration, specially constructed to include curtains and a one-of-a-kind acoustic cloud, in order to transform the large arena into an intimate setting for shows of 3,000 to 6,500 guests. The Theater of the Clouds has hosted concerts, theatrical performances, and speakers such as Al Gore and Malala Yousafzai.

The Veterans Memorial Coliseum is a 12,000-seat arena that serves as the primary home for the WHL Winterhawks, and served as the original home of the Trail Blazers. The arena opened in 1960 and was dedicated to serve as a memorial to veterans from all wars.

The Veterans Memorial Coliseum currently hosts over 150 events per year, and has recently hosted major international events, such as the 2007 Davis Cup and President Obama’s first campaign rally in Portland.

Designed by the architectural firm Skidmore Owings & Merrill, Memorial Coliseum opened for business on November 1, 1960. The Coliseum has been called home by several Portland-area sports franchises over the years including the Buckaroos of the old Western Hockey League, the Winterhawks of the current Western Hockey League, and the Trail Blazers of the National Basketball Association. Following the 1994-95 NBA regular and post-seasons, the Trail Blazers played 1,093 games in 25 years at the Coliseum, including 71 post-season playoff contests, nine games in the NBA Finals, and one World Championship. Upon leaving the Coliseum, the Trail Blazers had sold out 810 consecutive regular season and playoff games, a record unmatched by any franchise in professional sports. Total capacity for NBA Basketball is 12,888. The Blazers moved into their new home, the Rose Garden, for the 1995-96 season. 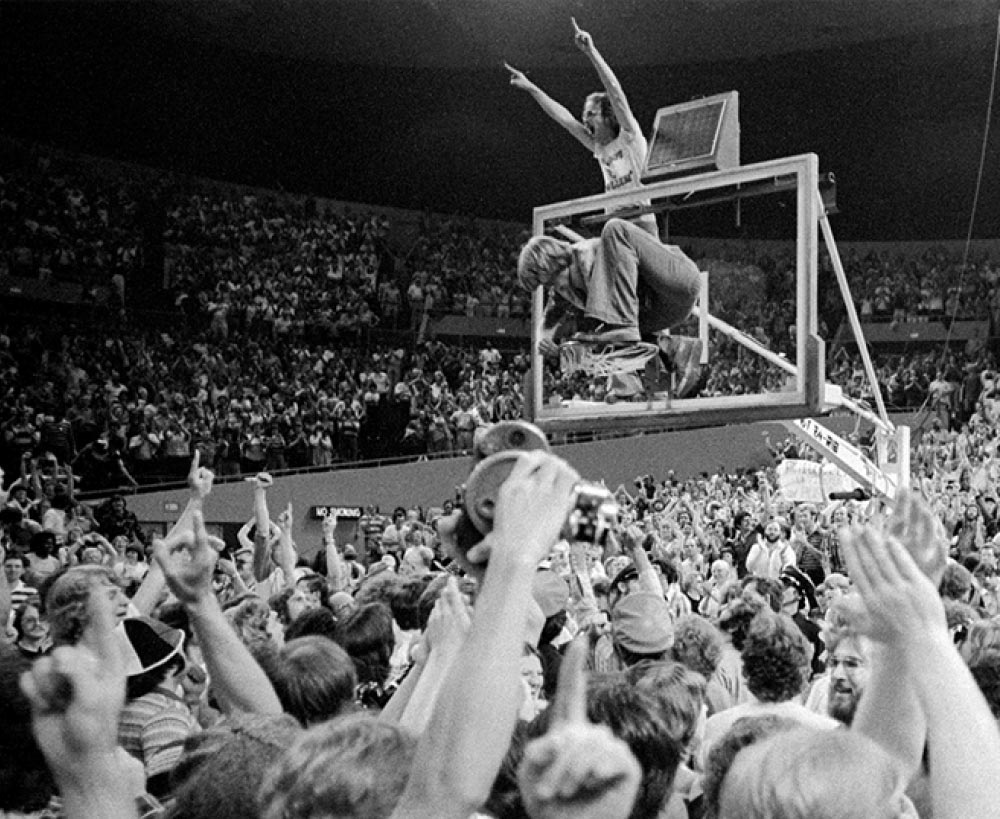 The Memorial Coliseum was designed as a flexible, multi-purpose venue. In addition to the numerous basketball and hockey contests held at the facility, the Coliseum has been host to hundreds of concerts, rodeos, circuses, ice shows, and trade shows. In 1965 the Coliseum hosted the NCAA Final Four collegiate basketball tournament. November 1, 1974 marked the first time in history a U.S. President attended an NBA game as President Gerald Ford watched the Blazers defeat the Buffalo Braves (now the Los Angeles Clippers), 113-106 in the Coliseum. Artists and bands who have performed at the Coliseum include The Beatles (August 22, 1965), Elvis Presley (November 11, 1970), Aretha Franklin (November 1, 1968), Louis Armstong (October 6, 1962), and many more.

What to know Before you go